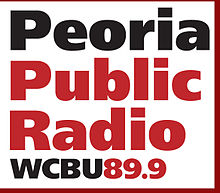 Jun 14, 2019 PEORIA -- U.S. Representative Darin LaHood said he supports a call from the Illinois Farm Bureau for a statewide disaster declaration for farmers. The Peoria Republican says two things are causing farmers a lot of anxiety this year: wet weather and tariffs. “Yes, we support the disaster declaration. And depending on what happens at the federal level moving forward, we look forward to being supportive in doing all we can, particularly for farmers in the southern part of our district, where fields are wet," he said. The U.S. Department of Agriculture reports farmers are lagging far behind average this season, with only 73 percent of corn and 49 percent of soybeans planted. They are usually wrapped up by now. LaHood said he also supports sixteen billion dollars in aid announced by the U.S. Department of Agriculture last month for farmers impacted by retaliatory tariffs levied by other countries on American goods. The congressman said he has also talked to President Trump and his trade

You're listening to Peoria Public Radio News on demand via